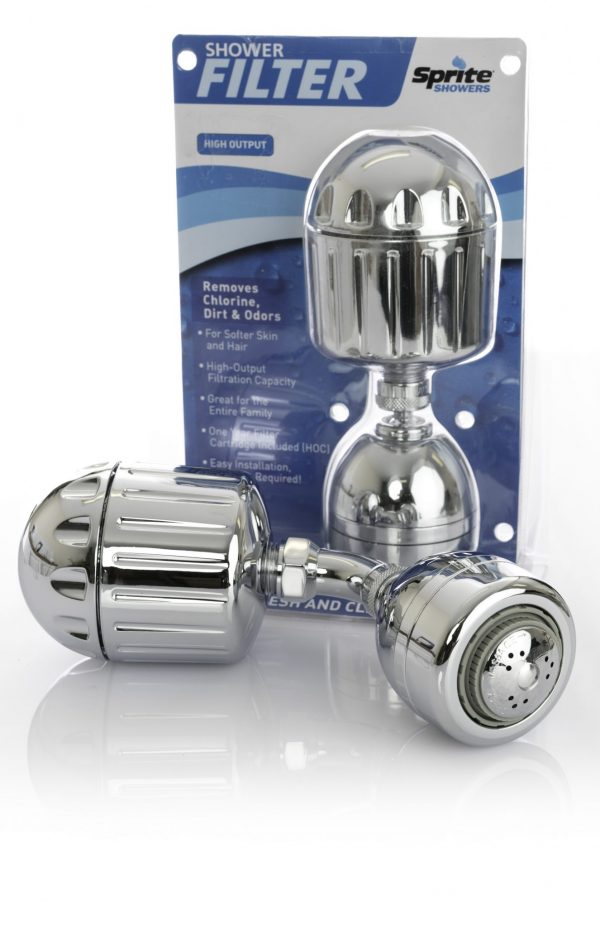 The KDF Shower Filter can effectively remove 99% of chlorine in hot water for the average family for about 12 months. The only non-carbon filtering media to remove:

CHLORINE AND YOUR SHOWER

Chlorine is universally used to chemically disinfect water. It kills germs, bacteria and other microorganisms. Chlorine readily passes through cell walls, and attaches to fatty acids in the cell, disrupting life-sustaining functions. The human body is composed of billions of similar cells, which also absorb chlorine. The quality of our drinking water can be improved by filtering chlorine from the tap water or bottled water. However, half of our daily chlorine exposure is from showing. Not only is chlorine absorbed through the skin, but also vaporizes the shower, inhaled into the lungs and transferred directly into the bloody system. Symptoms of chlorine exposure include dry skin, brittle hair and flaking scalp.In fact, chlorine exposure from one shower id equal to an entire day’s amount of drinking the same water. Sprite Shower Filters offer the answer for the complete solution.

“Taking long hot showers is a health risk, according to research presented last week in Anaheim, California, at a meeting of the American Chemical Society. Showers-and to a lesser extent baths-lead to a greater exposure to toxic chemicals contained in water supplies than does drinking water. The chemicals evaporate out of the water and are inhaled. They can also spread through the house and be inhaled by others. Householders can receive 6 to 100 times more of the chemical by breathing the air around showers and bath than they would by drinking the water”.

“Studies indicate the suspect chemicals can also be inhaled and absorbed through the skin during showering and bathing. Ironically, even the Chlorine widely used to disinfect water produces Carcinogenic traces”.

US News Word Report
Is your Water Safe? – The Dangerous State of your water

“A long, hot shower can be dangerous. The toxic chemicals are inhaled in high concentrations”